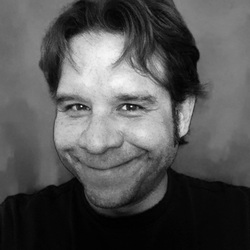 Or perhaps you're familiar with my non-existent TV show "Vertie's House", which ran on the fictional cable channel VTB in the mid-1990's for 5 imaginary years. It didn't feature me and Teresa Ganzel as a pair of mismatched misfits trying to learn about raising seven orphans and finding love in the process.  Look for it on pretend Blu-Ray and VHS next Fall.

Or maybe you know me from my highly successful website The Vertical Files which has quickly become the darling of the internet.  Some are calling it "the next big thing on the web".  Some aren't. This site used to be a little different. See what it was like at Vintage Vertical Files.

My favorite thing in the world is being a dad. I'll leave everything else about me for you to learn on your own as you explore the site!

Support this site by checking out my Shop.  Thanks!